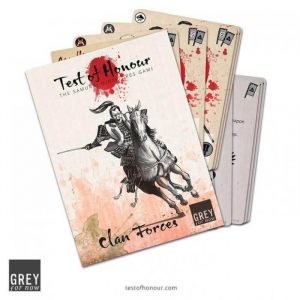 All the cards from the 1st Edition expansion sets have been converted into the new style and split into two sets: Clan Forces and Enemy Forces, each containing the updated cards from 5 of the old sets. 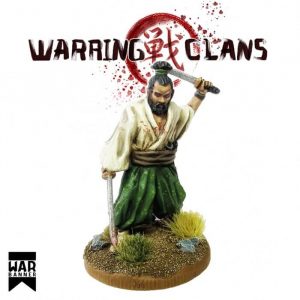 Left without a to fend for themselves following either the death or disgrace of their master or their own fall from grace, ronin were itinerant samurai who drifted across feudal Japan. They often made a living as mercenaries or bodyguards. 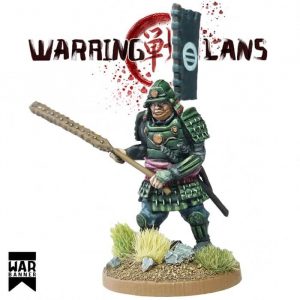 Samurai are arguably history’s most evocative warriors. Whilst the term Samurai was once applied only to aristocratic warriors (or bushi), it came to denote all members of the warrior class. This particular example wields a fearsome club known as a Kanabo.

Samurai are arguably history’s most evocative warriors. Whilst the term Samurai was once applied only to aristocratic warriors (or bushi), it came to denote all members of the warrior class. This particular example is sculpted drawing a traditionally made Japanese sword known as a Katana. 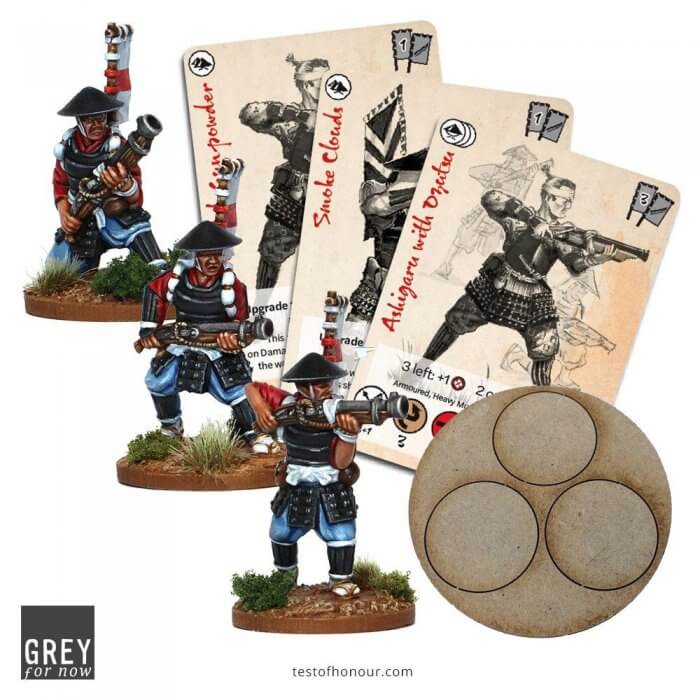 Ozutsu are heavy muskets, verging on being hand-held cannons, that pack a serious punch. Warriors armed with them commonly tied a strap of cloth around the barrel and their wrist to help control the recoil.

They give you a whopping 5 dice on the Damage roll but with less range than a normal musket – 16″. In addition they can’t move during the Shooting action so you’ll need to think ahead exactly where to move them. You can find full details in the Sengoku book.

Upgrade them further with either of the two Trait cards included:

Smoke Clouds represents a particularly sooty batch of gunpowder, providing some handy cover for the rest of the turn after shooting.

Too Much Gunpowder boosts your Damage rolls with an extra dice, at the risk of blowing up and taking out the shooter!

Note that both these Traits can be used with muskets of any type.

There are no reviews yet.

Only logged in customers who have purchased this product may leave a review.